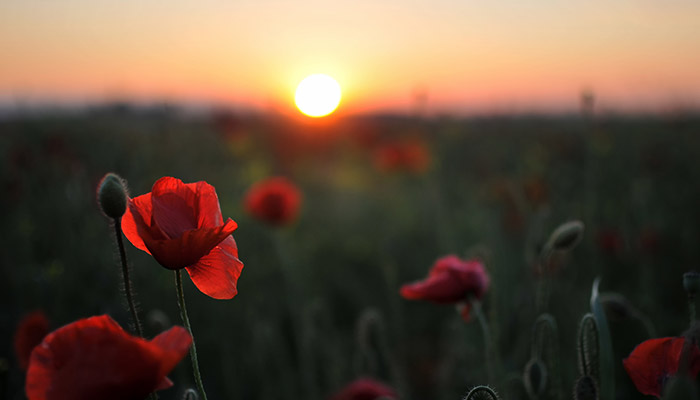 ANZAC Day is one of the most important days on the Australian calendar, a day when we remember and honour our servicemen and women who’ve helped protect the wonderful country and way of life we enjoy today. It’s a day to celebrate everyday Australian values – mateship, courage, and sacrifice – values that are still alive today with our “have a go” attitude and tendency to put others before ourselves.

For the first time in twenty years, I won’t be at the Melbourne Shrine of Remembrance for the Dawn Service, but I will certainly still be remembering.

Each year I write an ANZAC Day post, and previously I’ve shared the stories of famous and victorious Australian battles, such as the battle of Villers-Bretonneux and ‘The rats of Tobruk’. As this year marks 75 years since Germany and Japan surrendered in WW2, I wanted to share a tribute to the Australian prisoners of war (POWs) who fell into Japanese hands during this conflict. The courage, mateship and values these individuals showed through the extreme physical and mental hardship inflicted upon them can be applied by all of us as we negotiate a new way of living and working.

A fast and brutal advance

The advance of the Japanese during WW2 was fast and brutal. Singapore and the Pacific Islands were defended by thousands of Australians. In the first three months of 1942, major locations including Malaya, Singapore, Java, Ambon, Timor and Rabaul, were surrendered, leading to 22,000 Australians becoming prisoners of war.

More than 13,000 of these Aussies joined the 60,000 Allied POWs who were put to work on the Burma-Thailand railway, often referred to as “death railway” due to the harsh conditions prisoners endured.

Stretching 420km through rugged jungle, the Burma-Thailand railway construction started in 1942 and continued into 1943.

The purpose of it was to supply the Japanese forces in Burma, bypassing sea routes which had become vulnerable when Japanese naval strength was reduced in the Battles of the Coral Sea and Midway in May and June 1942. Once completed, the Japanese planned to attack the British in India, and, in particular, the road and airfields used by the Allies to supply China over the Himalayan Mountains.

Now a historical remembrance site, one of the most incredible sections of this railway became known as the infamous ‘Hellfire Pass’. The six weeks of work on the 75 metres long and 25 metres deep cutting started in late April 1943, and shifts lasted 18 hours.

Hellfire pass was named so because the prisoners felt that this must be what hell looked like; emaciated prisoners cutting away, working throughout the night in a scene lit by lamps and fires. Japanese captors made POWs move a staggering 3 cubic meters of rock, per man, per day. It is believed about 700 Australians died during the construction of Hellfire Pass alone.

Starved of food and medicine and forced to work impossibly long hours in remote and treacherous locations, more than 2,700 Australians died working the Death Railway. It was such an unimaginably horrific experience that still today many survivors simply can’t talk about it. POW survivor, David Manning, told the ABC, “I bottle it up, tend to forget it, want to forget it, but don’t always find I’m able to forget it.”

Over the years, this story of atrocity and suffering has become an affirmation of Australian courage and resilience. Although prisoners of war suffered the humiliation of defeat and capture, they came to be seen as heroes, those who had triumphed over adversity.

So, this ANZAC Day, as we find ourselves in very different but still difficult times, remember the Australian qualities of humour, selflessness, resourcefulness and mateship our POW’s displayed in captivity. It is a timely reminder of values that we can live today to help us face the challenges presented by COVID-19.

I pay tribute to those incredible Australian POWs, and all our servicemen and women pre and post. I hope you will join me in taking time to remember them this ANZAC Day.

The information provided in this blog does not constitute ﬁnancial product advice. The information is of a general nature only and does not take into account your individual objectives, ﬁnancial situation or needs. It should not be used, relied upon, or treated as a substitute for speciﬁc professional advice. Apt Wealth Partners (AFSL and ACL 436121 ABN 49 159 583 847) and Apt Wealth Home Loans (powered by Smartline ACL 385325) recommends that you obtain professional advice before making any decision in relation to your particular requirements or circumstances.