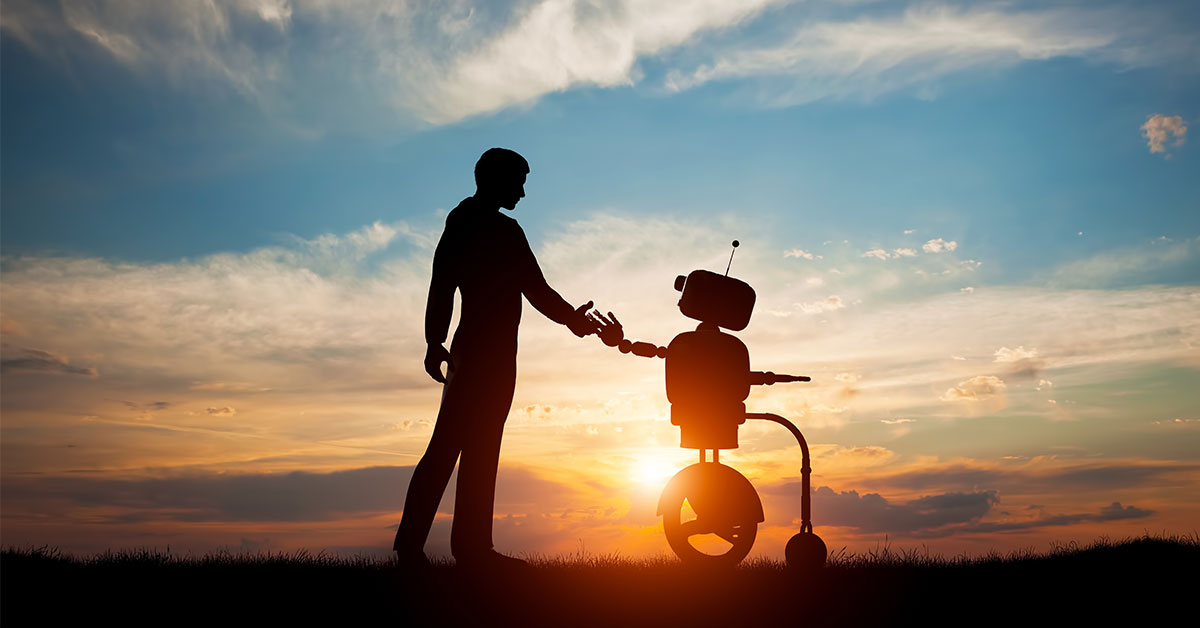 We live in world today that is rapidly changing, driven primarily by technology. Reading the mainstream press, there seems to be a new technology-driven breakthrough almost daily.

There’s plenty of truth to the stories too. It’s never been easier in life to communicate, interact, and collaborate. But there is a dark side to the story, particularly when we look at the future of work. When it comes to jobs, the rise of technology, and in particular Artificial Intelligence (AI), seems to fill people with dread. There are plenty of stories around about how the way we work will change dramatically and, in most cases, the focus is on the worst.

But is this the case? Is the biggest contributor to our finances, our employment, really under threat?

Technology will change work…but not as much as we think

The first point to make here is that technology will absolutely change the way we work. There are jobs that today employ vast numbers of people, which won’t be the same in the near future. It’s even had some effect on my own profession, with the rise of robo-advice.

However, when you look at this, there needs to be some context applied. Remember when the desktop PC became mainstream? It revolutionised the way many people and, in a lot of cases, whole industries, worked. It scared people at the time; this revolutionary piece of technology that could do things faster and more accurately than humans. Did it cause the end of the world? Quite the opposite. We adapted to this new technology and it ended up fuelling and creating far more jobs and careers.

The same scenario happened during the Industrial Revolution. The advent of the steam engine caused many to fear that they were going to be replaced by a machine. Sound familiar?

The reality of this is that we’re still human: And humans, being innately self-serving creatures, would never let anything, technology or otherwise, turn them into secondary citizens. Machines are great at processing complex mathematical problems, organising spread sheets, and carrying out thousands of tasks in the blink of an eye. What they aren’t so good at is empathy, forming human connections, and reacting quickly in unfamiliar situations.

And it’s this empathy that will be harder to replace. Yes, one day in a more distant future AI may be able to display empathy and other human traits, however, this is most likely some way off, if it ever fully occurs.

There’s some great examples of how AI is already getting it wrong. One in the USA, where an AI-driven process at a health insurer cancelled a woman’s insurance and left her in dire medical need, has actually been written into a book.

The reality of the situation is that technology changes will always disrupt the labour market, and therefore the type of work we do to earn a living. What you’ll most likely find is that we’ll adapt.

Pilots are a great example. Technology that already exists means that flying the plane is largely left to computers, and automation reigns in most aviation processes. We still have pilots today…but for how long? Eventually the pilot may not be physically there but they’ll still have control of the plane, most likely from the ground, to pilot it remotely. In other words, there will still be a role for humans to play, it’ll just change from what it is today.

Will there be a change to how we’re paid?

From a purely financial standpoint, there’s been much discussion in recent times about the Universal Basic Income (UBI). As a concept, there is some merit to it, especially if technology advances even more rapidly than predicted, and an incredibly high percentage of jobs are removed by technology. In reality though, I just cannot see that happening in my lifetime.

Financially, I believe that there’s no need to change the way we look at our future. There’s no need to start hoarding your money for a rainy day. Ultimately, I’d suggest you do exactly what you’re most likely doing already: Live for today with an eye on tomorrow.